Start a Wiki
The Winteranzug 42 is a winter suit of German origin.[1][2]

On 22 June 1941, Germany invaded the Soviet Union starting the Eastern Front of World War II, the operation was code named "Operation Barbarossa". The German High Command didn't anticipate a long campaign lasting into the winter, and therefore adequate preparations, such as the distribution of warm clothing, were not made. Hitler was convinced that a quick victory within a few months can be achieved.

However, the campaign dragged on as the Soviets forced the Wehrmacht into a prolonged war of attrition well into the winter months. The inadequately equipped German forces, who were outfitted only with summer uniforms and the Mantel, suffered considerable casualties due to the exposure to the elements during the harsh winter of 1941-42. This situation led the German army to the conclusion that they needed a more effective cold weather combat uniform. The Winteranzug was a “Kriegskind” (child of war) ultimately intended to replace the Mantel in front-line combat units from mid-November through mid-April.

The initial design is credited to a military clothing contractor named Josef Neckermann of Textil-Versandhaus Neckermann in early 1942. Testing began immediately and by the Autumn of that year the initial version, the Winteranzug 42 saw limited issuance to frontline troops fighting in the East. It consisted of a Winterjacke (parka) and Winterhose (trousers) made of a plain colored wool exterior shell and white cotton canvas interior, with the intention that it could be reversed for snow camouflage. The set also included a Kopfhaube (balaclava) and Fäustlinge (mittens) of similar construction. Both interior and exterior was treated with a chemical called Opanol to increase water resistance.

Shortly into its production run the Winteranzug 42 was modified to include a cotton canvas exterior and interior with a wool blanket lining. These were still being produced with a white interior and a monotone exterior ranging from a “mouse gray” to various shades of green similar to the earlier wool production model. This was the most common version of the Winteranzug seen during the Winter of 1942-43 among both Heer and SS combat units. 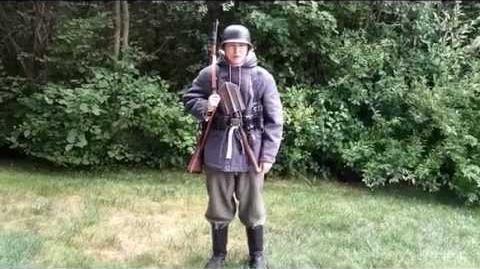 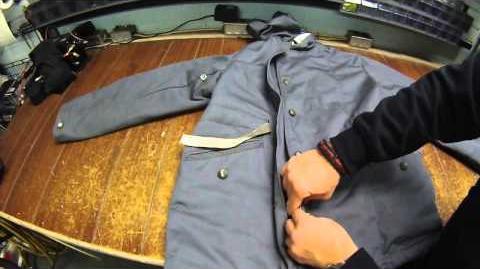 Mouse Gray Parka
Add a photo to this gallery

Retrieved from "https://equipment.fandom.com/wiki/Winteranzug_42?oldid=13831"
Community content is available under CC-BY-SA unless otherwise noted.