The Vetrovka M71 is a prototype parka of Yugoslav origin.

The Vetrovka M71 was introduced in 1971 and produced until the mid 1970s (1974/75). It was distributed in very limited numbers only to YPA senior officers of highest ranks. Its first appearance in active service was during the Sloboda 71 (Freedom 71), the largest military exercise of YPA, held in October 1971. M71 brought some notable changes to Yugoslavian military clothing production. For the first time it featured removable winter liner, packed hood, fastening strings for wind protection and chest rank marking. The M71 parka was a prototype and the design eventually developed into a new standard army model which was introduced in early 1976 under the designation Vetrovka M77.[1] 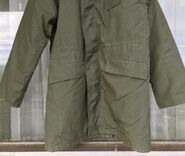 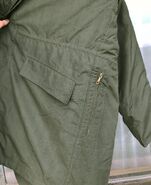 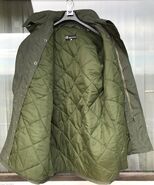 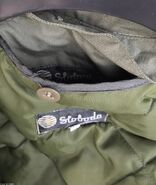 The liner over the outer shell's markings

Markings of the liner 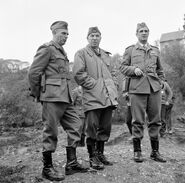 YPA officer Gen. Viktor Bubanj wearing a Vetrovka M71 during the Sloboda 71 exercise
Add a photo to this gallery

Retrieved from "https://equipment.fandom.com/wiki/Vetrovka_M71?oldid=13816"
Community content is available under CC-BY-SA unless otherwise noted.